In this article, I propose a new perspective for building blockchain games based on world-centric game design. These games may serve as safe playgrounds for radical markets and inform real world policies.

Blockchain is an ideal environment for building world-centric games. Decentralization, self-sovereignty and code-as-law are foundational principles of the platform. Thus, the blockchain game experience is ultimately driven by the emergent reality of its code rather than the intentions of its developers.

From a traditional game design point of view, transactions in blockchain games are understood as in-game actions. For the player, this interface is unfamiliar, expensive, and generally speaking a bad experience. Instead, I suggest understanding in-game actions as economic transactions of a rational player controlled agent. This interpretation seems promising considering the fact that blockchain games have yet to gain major traction whereas cryptocurrency exchanges process millions of transactions each day.

Finally, along with fiat-measurable assets, world-centric virtual worlds also safely generate valuable data as models for new radical markets. Mechanism design is limited only by the developer’s imagination. In this regard, real world value flows into the game while innovative market driven narratives flow out. At worst, these are exciting stories for players to share; at best, these experiences might inform real world policies. 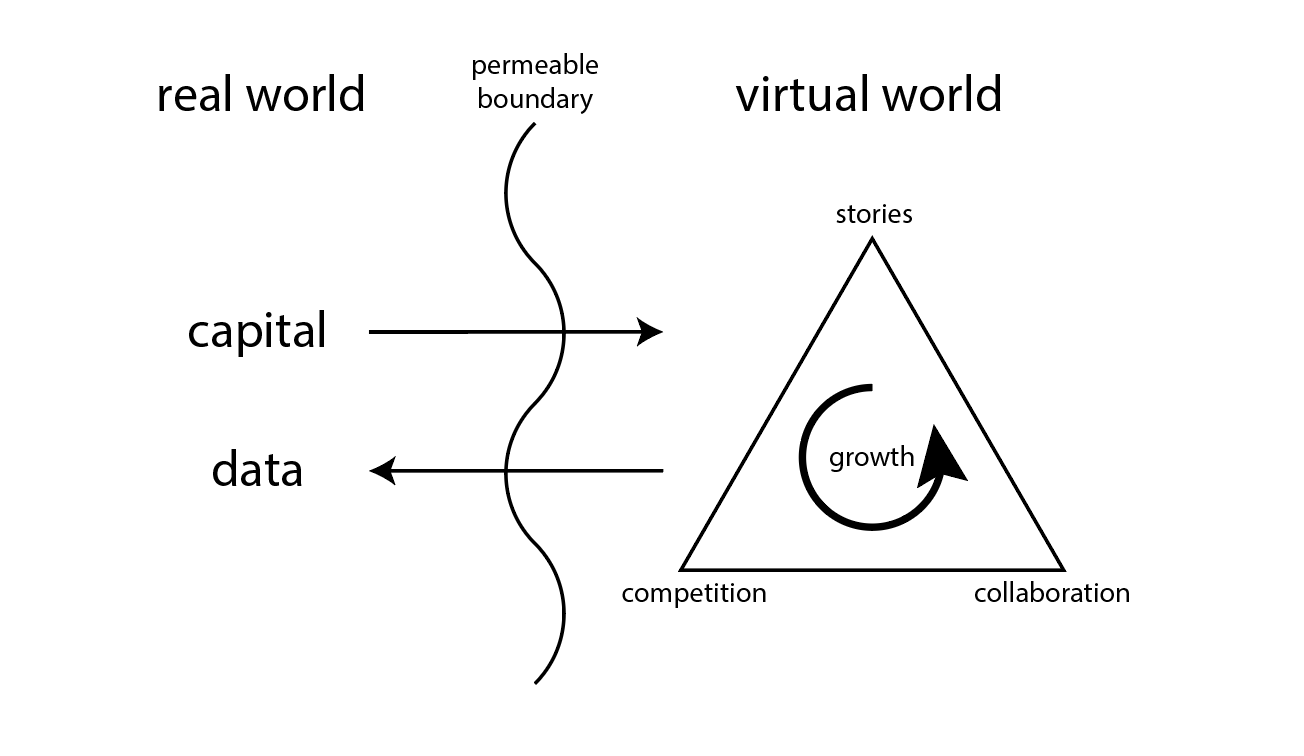 At genesis, external capital collateralizes the player’s attention (perhaps through game sales, an ICO, airdrop, or marketing) and bootstraps the virtual world’s economy.

With its initial state set, players compete and collaborate in the virtual world ultimately growing its economy and generating stories of value.

These virtual worlds can serve as playgrounds for new forms of social organization. The stories can provide valuable data on new economic mechanisms.

In summary, the goals of world-centric blockchain games are:

In this section I highlight just some mechanisms that I think are well-suited to be deployed in a world-centric blockchain game.

Whereas the explicit viewpoint of blockchain as a playground for world-centric game design to generate data on new economic mechanisms is new, in fact the practice is not. Interleaving each new chain and ICO is a complex, dynamic and emergent web of new relations that play out like a game. Each chain or exchange is a portal into its world. Each whitepaper is like a character sheet outlining what role the organization aspires to play. Each enthusiast, developer, trader or investor is an independent agent trying to collaborate, and compete in the space.

This is why I feel confident that the world-centric perspective is presently the best angle for games to grow constructively into the space of blockchain. If blockchain is indeed the paradigm shifting technology it purports to be, its applications themselves must be incommensurate with existing understanding.

The PotatoCraft design document outlines a detailed example of a world-centric blockchain game. It incorporates variations of the Harberger tax, quadratic voting, and environmental markets in its mechanics. Readers are encouraged to expand upon these or come up with their own world-centric game designs.

I’ll conclude with a high level overview of PotatoCraft which illustrates the depth and potential of what is possible. 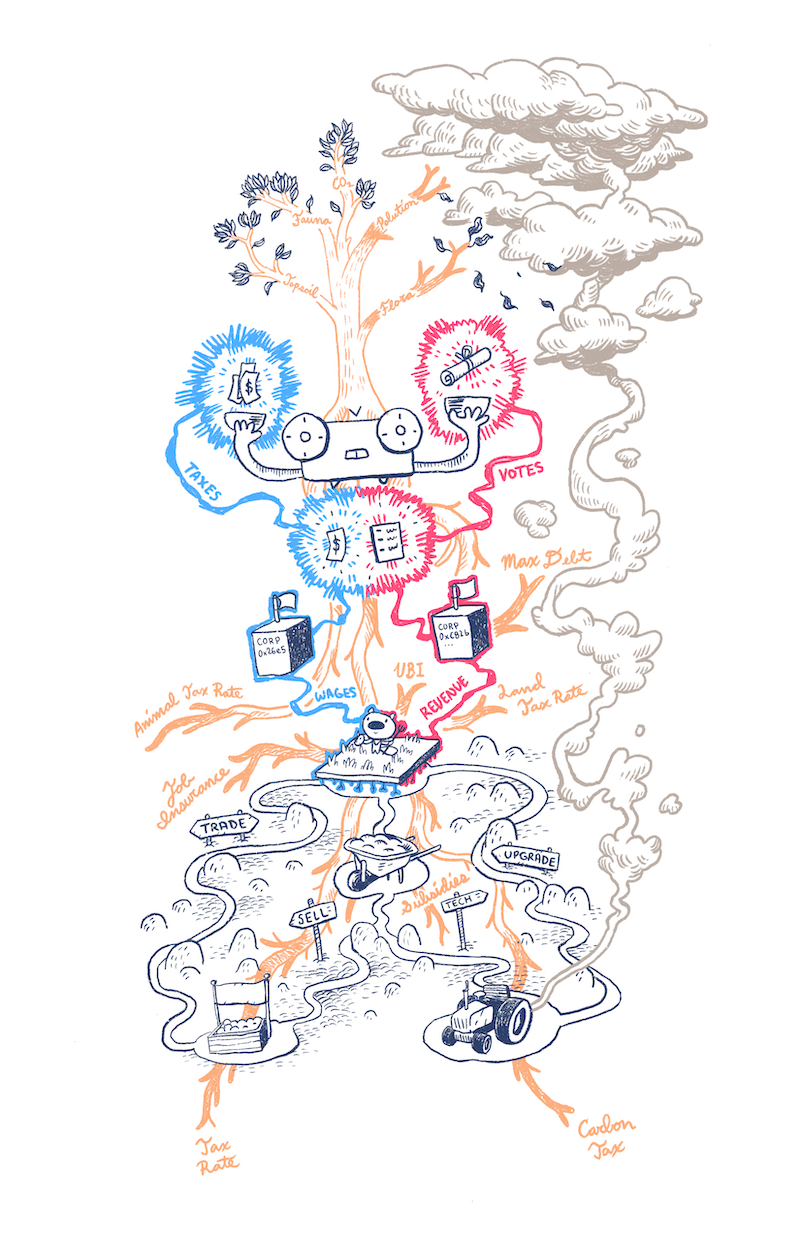