The theme of the third day was “catalyze”, which became concrete when I arrived in the morning to find the leaders of the first RxC student chapter, started at Princeton, hurriedly finalizing their governance pledge which would be presented at that day’s opening session. The academic meet and greet went on for a second day around them.

The first session was a fireside chat between Rahilla Zafar from Consensys and Natalia Olson-Urtecho, co-founder of the Disruptive Factory. Olson-Urtecho had previously been a regional administrator for the US Small Business Administration, so the majority of their discussion focused on ways to foster and fund entrepreneurship as well as how to build smarter, greener cities.

After the session ended, a round of workshops began. They announced the winners of ProjectxChange in the main room, while unconference sessions ran every fifteen minutes. “Radically rethinking the world through sci-fi” let people write short stories of worlds where RxC ideas had taken root, while a city councillor discussed how RM ideas could be used for local news and for governance of homeowners associations, while another panel asked “Can blockchains help us make basic institutions more egalitarian or efficient? If so, how?”

I chose to go to an academic panel called Data as Identity II. The first speaker was Timnit Gebru, who unfortunately was sick, so she presented via video. She talked about her work on exposing and eliminating gender and skin tone bias in machine learning models, and strategies to make ML more transparent. Next was Sarah Grace Manski, who talked about blockchain’s effect on labor markets and the response of entrenched institutions to this new technology. The final panelist easily won the award for the coolest powerpoint I’ve ever seen. A moody, living, slideshow was the perfect accompaniment to Calvin Hutcheon’s talk about “how blockchain technology has revived cybernetic threads, extending agency, stakeholdership and labor rights to the more than human world, such that data must be considered not only as labor, but as a pathway towards ontological opening.” All I know is that flowers certainly unfurled and bloomed in the background while he talked about using bird patterns to predict stock trades and letting trees hold their own value on the blockchain. The crowd seemed intrigued, if mystified (or perhaps that was just me).

I left the panel a bit early to catch the talk next door by Eva Beylin on Blockchain Watchtowers and Surveillance Capitalism. The topic was different than expected, it was not surveillance capitalism a la Shoshana Zuboff (no attention economy ads+social media) but rather a highly technical discussion around the economics and incentives related to the monitoring of state channels in Ethereum. I saw some very heartening interactions after the talk where non-technical attendees who had sat in (like me, probably also confused by the title) asked broader questions about equity and the social ramifications of blockchain adoption, which sparked a lively and respectful conversation.

After lunch, I returned to a panel on “Data Dignity” with Paul Tang, Tawana Petty, and James Felton Keith, moderated by Kim-Mai Cutler. It was one of the liveliest panels, with the panelists offering differing opinions on how best to protect people’s data. Keith thought that litigation could prevent corporate excesses, saying something along the lines of “I’ll sue anyone”, whereas Tang seemed adamant that proactive legislation and collective bargaining was the optimal solution. Petty, on the other hand, was skeptical of the role government could or would play and believed more in directly teaching people how they could protect themselves. There was also a disagreement on whether paying people for their data – one of Radical Market’s core ideas – was worthwhile. Keith argued that he just wanted to be paid for his data, whereas both Petty and Tang wanted less to be collected and thought that transparency and consent were more important than payment.

Finally, Vitalik Buterin gave his long awaited keynote. His speech followed the similarities and the synergies between the cypherpunk/blockchain and RadicalxChange communities. He offered a history of the cypherpunks that took us through the Declaration of the Independence of Cyberspace, the financial crisis and the creation of bitcoin, and all the way to Ethereum and the DAO hack. He explained how both the cypherpunks and RadicalxChange value decentralization, community (meaning that they see money as a social creation, value norms of discourse, and want to encourage the provision of public goods), polypolitanism (that people belong to multiple communities), and mechanism design (in that both communities use math and new technologies to create new, more efficient, and beneficial incentive structures). Vitalik’s talk was well received, and it should be noted that Vitalik’s generosity helped make this conference a reality. It was largely his interest which encouraged blockchain types to examine the movement long enough to notice the synergies.

After Vitalik came Natasha Miller, an acclaimed slam poet. I think many were surprised to see poetry on the program, and I too was curious about how well it would fit in, but it both grounded us in our physical location and offered access to something universal and soul-speaking. Miller’s first poem was about Detroit, with the premise that a woman on a train in Boston has told her not to worry, that the city was coming back. One of her most powerful lines was: “You can’t just throw soil on top of a land of living people then try and convince the outside world that our home was a graveyard before it began to blossom bike lanes and fine dining. This is not a city attempting to become another city, this is just Detroit.” Another poem was a heart wrenching tribute to her dead brother, and how no one will say the name of a dead drug dealer. Miller along with Tawana Petty and many other powerful speakers and attendees ensured that Detroit was not a backdrop to the conference, but rather an integral part. Blockchain people often talk abstractly about privacy, but here was Tawana Petty describing Project Greenlight, a private-public policing collaboration that invaded the lives of Detroiters inside their gas stations and restaurants. She also talked about their local solutions – tech and data education events called “Data Discotechs” to help people learn about internet and privacy tools.

These presenters made sure we understood that Detroit is not an empty city in need of outsiders to fix it up. It has its own resilient and creative citizens who need to be funded, elevated, and joined. It’s a city that reflects what happens when companies pull out and public funding dries up, when city government mismanages, and when private investment comes back only to small pockets and for certain citizens. RadicalxChange did its best to not fall into the outsider-fixer mindset, but to let the location offer an example of a specific city working on its own serious problems and to consider how our own solutions could aid or learn from these. 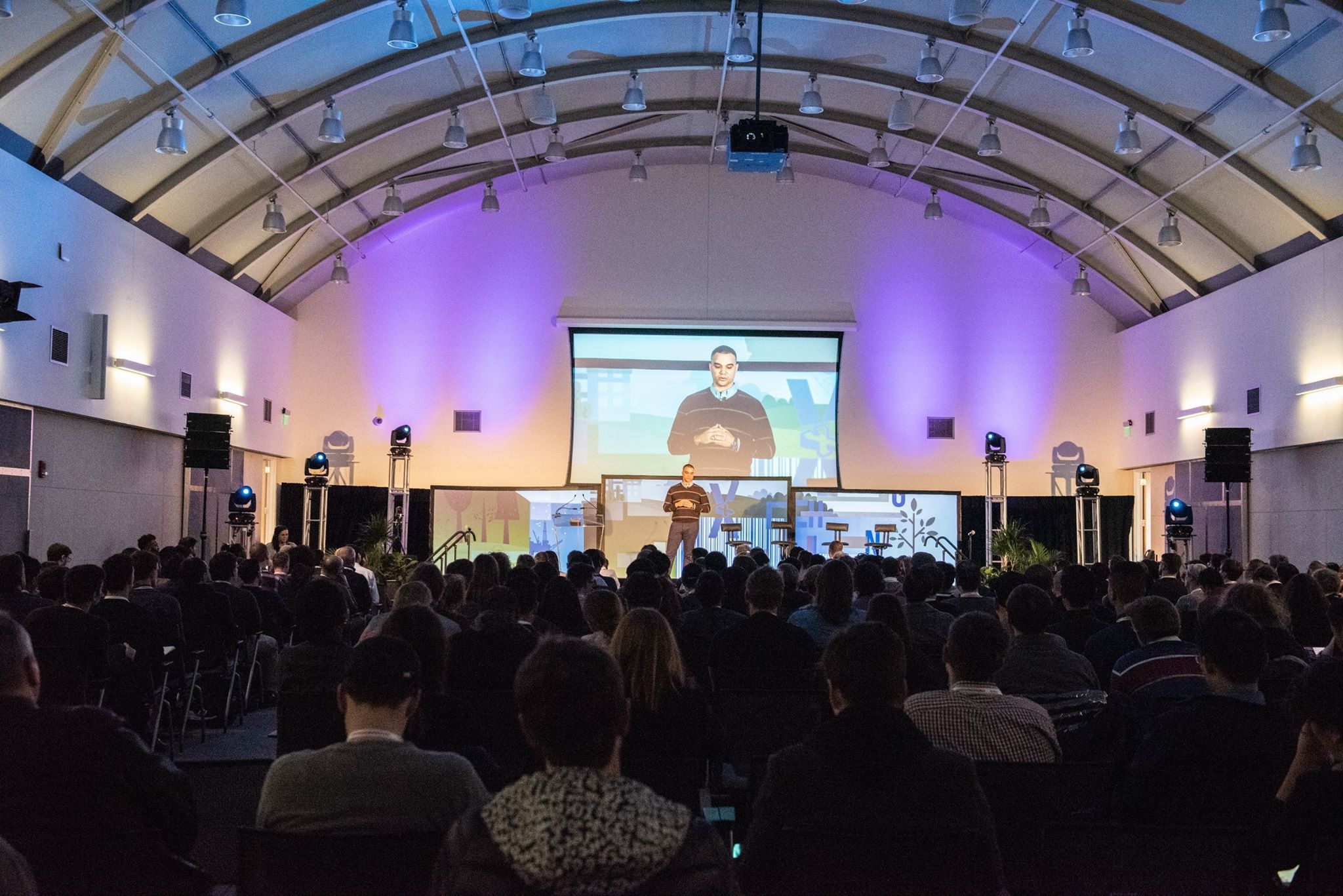 Our closing panel featured our executive director, Jeffrey Lee-Yaw, and our four track leads discussing the future of RadicalxChange. Jeffrey introduced our new mission statement: “RadicalxChange aims to build a clear, coherent, and sustainable alternative to capitalism that embraces markets, egalitarianism, community, and decentralization.” Then the leads laid out their goals for their various tracks. Matt Prewitt presented on the future of the Entrepreneurship and Technology track which plans to make “radical mechanism design a must for technologists” through education, consulting, supporting of startups, and labor matching. Jennifer Morone presented for Arts and Communications on how art will stay a vital part of the RxC movement, both for imagining a different future and in making these ideas appealing to new audiences. They’ll do so through cross track collaboration, supporting of artistic ventures that engage with these ideas, and developing accessible educational materials. Mark Lutter presented for Activism and Government, and on how the track aims to support small, scalable experiments of RxC ideas and to create a database of all the instantiations. Ananya Chakravarti presented for Ideas and Research on how her track aims to create a new research cluster through collaboration with current students and eventually the creation of an interdisciplinary open journal. The journal would create a new framework of ownership around academic work, where peer-reviewers or collaborators would be more publically rewarded and acknowledged for their participation.

Glen Weyl, the man who started this all but who kept a lower profile during the conference, came to the stage to thank everyone and to introduce the new leaders of RadicalxChange: Matthew Prewitt and Jennifer Morone. 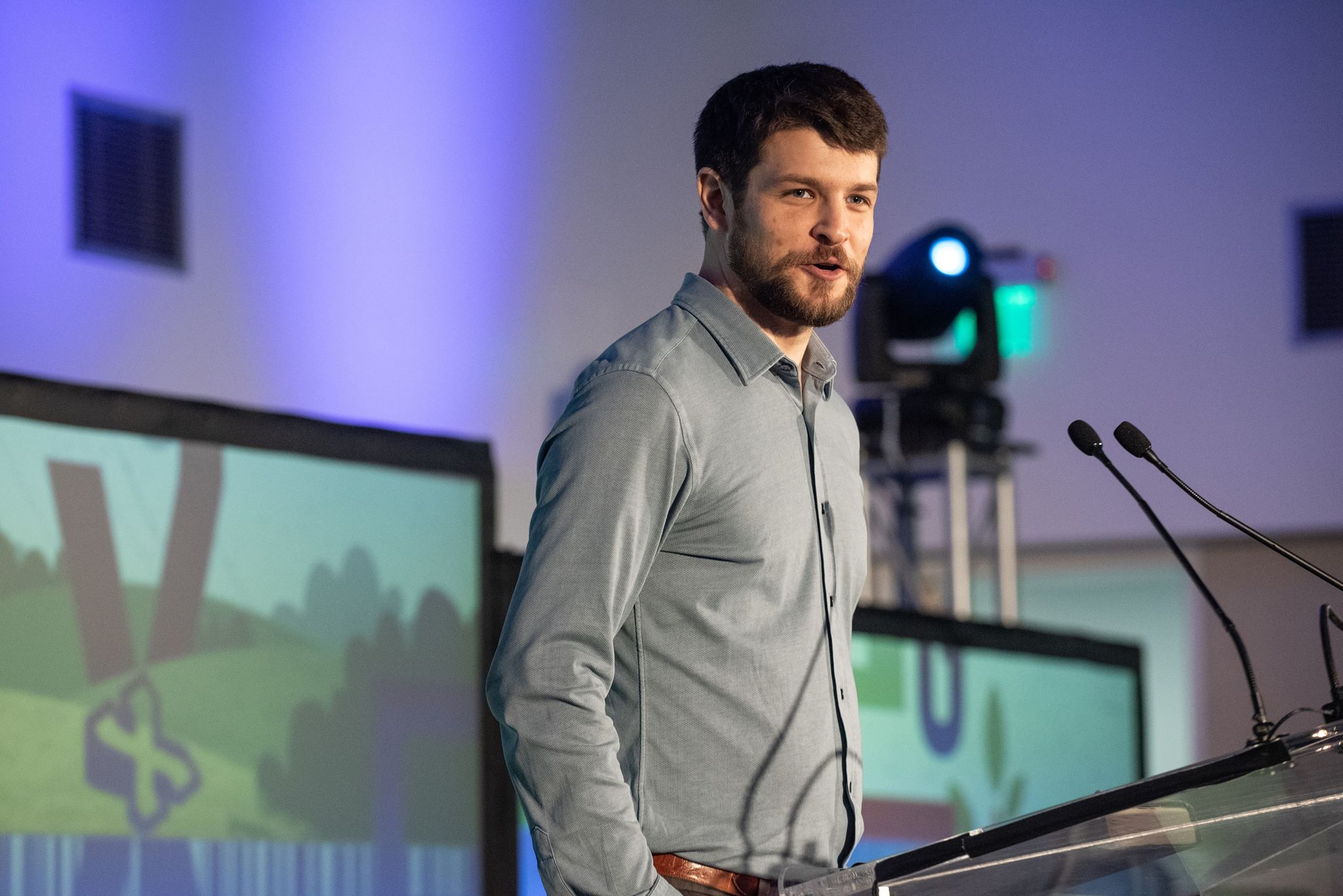 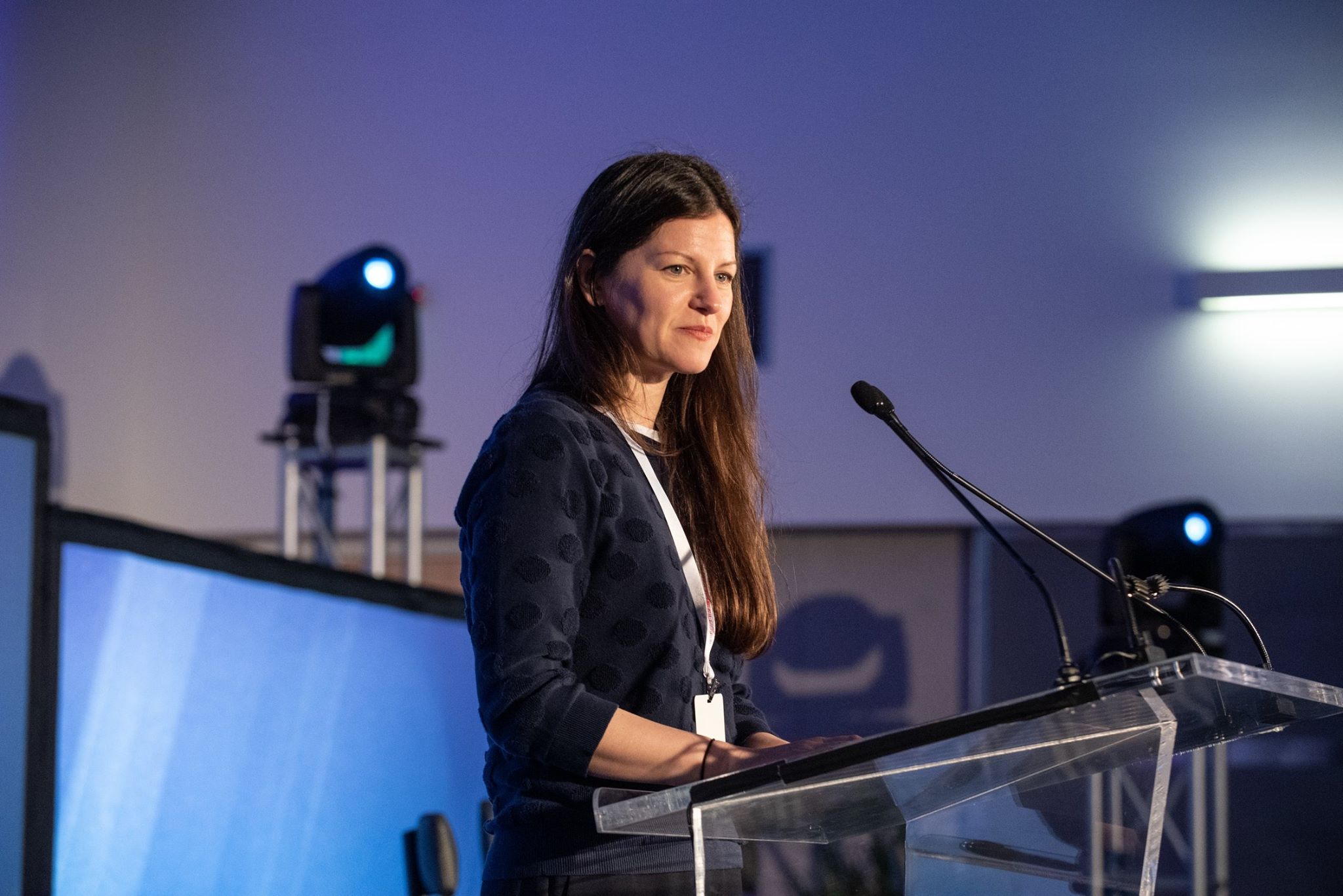 Even as the conference management team started to clean up, people lingered in groups in the lobby, and one breakout room was still jam packed with a mysterious Ethereum community related meeting. The venue workers said they had never seen conference attendees stay so late into the night or so long after the event ended. There was a faint buzz about the place, as if the walls still retained the afterglow of hurried hallway conversations, of speeches in which new worlds were starting to unfold. The volunteers watched the backs of the departing with a sense of great pride and sadness before retiring for some hard earned pizza.