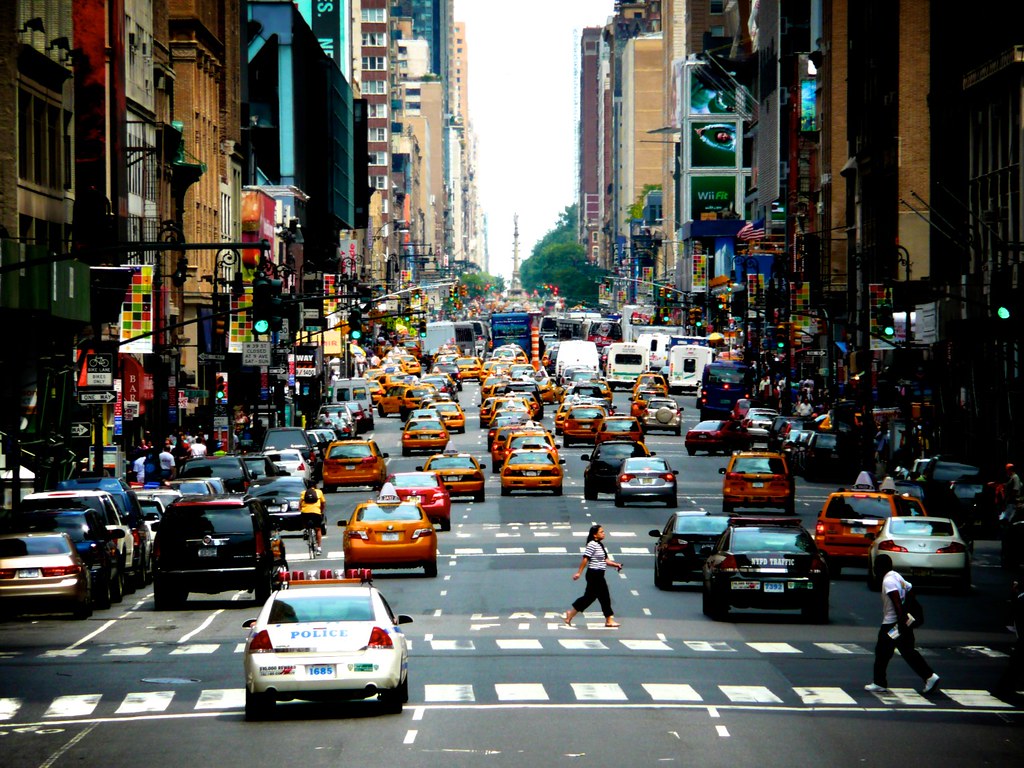 New York City’s 2021 races for the mayor and other local offices were an achievement for progressive governance—even before the final results came in. Thanks to ranked-choice voting, which New Yorkers overwhelmingly approved on a 2019 ballot measure, the election succeeded at representing voter preferences with a level of nuance that standard US elections fail to capture. Now the Big Apple joins major cities like Oakland and San Francisco, as well as the entire state of Maine, that also use RCV. Not only that, it’s now the largest jurisdiction in the country to do so. To put things in perspective, NYC alone is six times the population of Maine.

Ranked-choice still abides by the democratic standard of one person, one vote. The difference is that each vote has more mobility. During the Democratic primary for the mayoral race, a voter could rank up to five candidates of their choice in order of preference. The process of elimination—whoever had the fewest votes at the end of each round—decided who was next in line to receive that voter’s vote. Let’s say Dianne Morales was nixed during the first round but someone ranked her first, then that person’s vote instead went to their second pick, say Scott Stringer. If Stringer was nixed during the second round, then it went to the person’s third pick, say Maya Wiley. However, if all of the person’s ranked picks were eliminated, their ballot was considered exhausted. These rounds, otherwise known as instant runoffs, continued until two candidates were left. A few weeks after election day of the primary, the city’s Board of Elections finally declared Eric Adams the winner over Kathryn Garcia, who garnered the second most votes after the results of each round had been tallied. The delay wasn’t a shortcoming of RCV but of the board itself, which the New York Times Editorial Board described as a “particularly toxic, century-old vestige of the city’s patronage system.”

Compared to plurality voting where you select only one candidate, ranked-choice has both political and practical advantages. In theory, the system discourages candidates from smearing each other in favor of coalition-building, assuming they want to appeal to the same group of voters to rank them. During the NYC mayoral race you saw this strategy between Andrew Yang and Garcia, who asked their respective supporters to rank them in succession. In addition, ranked-choice gives more heft to non-male and minority candidates as well as candidates from less conventional ideological backgrounds. Even though they might lack establishment backing, more people would consider ranking them to increase the likelihood that their votes have an impact. According to the organization RepresentWomen, 46% of mayors in the United States who have been elected by ranked-choice are women; 31% of mayors elected this way are people of color.

The main practical advantage of this system is that it’s less time-consuming for everyone involved. In the past in NYC, when a multiplicity of mayoral hopefuls were in the race and none of them won over half the vote, the top two headed for a run-off. That meant those candidates had to prolong their campaigns, voters needed to return to the polls, and election workers had to tally results all over again. “RCV is already paying immediate dividends,” the city’s Public Advocate Jumaane Williams recently tweeted. “We’re now immediately spared several low turnout run-off elections and long recounts in too close to call races saving millions of dollars and lots time [sic].”

THE PAST LIFE OF RCV IN NYC

RadicalxChangers reading up to this point might think that ranked-choice doesn’t go far enough. It might be possible to improve upon RCV with even more nuanced systems like quadratic voting. But before I address that, there is another aspect worth discussing which involves looking at New York City’s past.

A lot of media coverage has mistakenly treated the 2021 races as the first time New York City has ever used ranked-choice, when in fact it was used almost a century ago expressly for City Council elections. “With a decade or more of experience with ranked choice in some jurisdictions, the sky generally has not fallen, but politics hasn’t been fundamentally transformed either,” Andrew Prokop writes in Vox on the New York City mayoral race and the history of ranked-choice in the United States. With no mention in his article of the City Council elections of the 1930’s and 40’s, Prokop glosses over a brief yet vibrant period when RCV did indeed transform politics for the better.

Prior to a wave of electoral reforms passed in 1936, New Yorkers voted to elect a single councilmember, known as an alderman, to represent the district where they lived despite the city’s districts being all different sizes from each other. This one-size-fits-all mode of governance was insufficient and prone to corruption because it “left the average alderman from Manhattan representing 69,000 New Yorkers, while the average alderman from Queens represented 232,000 New Yorkers,” per a 2017 report from FairVote. It enabled Democrats to maintain a supermajority on the council, where members exploited their positioning to gerrymander districts in their favor and guarantee patronage for local institutions who supported the Democratic party.

A coalition of reformers exposed this corruption within the council and the local government at large, causing the Democratic mayor at the time to resign and crystallizing the case for Fiorello La Guardia, a Republican who backed the coalition’s platform, to be the next mayor. Central to their shared platform was replacing plurality voting for alderman elections with a form of ranked-choice that allowed New Yorkers to elect multiple winners at once. These newly structured elections were to be borough-wide rather than limited to districts, and each candidate needed at least 75,000 votes to win a seat on the council. So the number of potential winners from each borough wasn’t contingent on population size, but rather how many constituents showed up to the polls. The technical term for this electoral system is multi-winner RCV with proportional representation. La Guardia won in 1933 and he put this form of ranked-choice on a 1936 ballot measure, which New Yorkers passed with roughly 63% support.

The chain of events wasn’t all that different from the story of direct democracy in Colorado, which I previously wrote about on the RadicalxChange blog. To sum it up: In the early 20th century, grassroots activists teamed up with a gubernatorial hopeful to push for a law allowing everyday citizens to put their own ballot measures before the public. Their candidate won and he helped pass the citizen initiative, effectively making Colorado one of the most conducive states for direct democracy. The basic motivation was the same as in New York City. Both sets of activists were essentially nonpartisan, unified instead by their anti-elitist fervor against politicians who had become unresponsive to the citizenry.

So how did multi-winner RCV with proportional representation transform establishment politics in the Big Apple? For starters, the 1937 election, which was the first to implement the new system, destabilized the Democratic supermajority by reducing their presence on the council to 50%. This benefited candidates outside of the two-party system such as avowed socialists and communists who won alderman seats that year. It also directed New Yorkers’ attention to candidates from marginalized backgrounds: In 1937, Genevieve B. Earle became the first woman to serve on the council, while Adam Clayton Powell Jr. became the first African-American to do so in 1941.

Though Democrats recouped their majority in subsequent elections, they always fell short of the supermajority threshold that otherwise protected their legislation from getting vetoed by the mayor. And without that, there was a plausible chance Mayor La Guardia would’ve flexed his anti-establishment bona fides by striking down anything they opted to pass on their own. As a result, a unique dynamic emerged. In order to avoid being perceived by their constituents as feckless, Democrats had to surpass the veto-proof threshold, and in order to do that, they now had to be tactical and compromise their agenda with members outside their own party. They were incentivized to pass legislation with broad-based appeal, which is how the council approved social welfare policies like sweeping rent control and the city’s first government-funded housing project.

Unfortunately these material gains weren’t enough to preserve ranked-choice. Though ascendant third parties signaled the diminishing influence of Republicans within the local political sphere, across the nation McCarthyism was on the rise, giving Republicans the opportunity to stigmatize the electoral system as a conduit for communist infiltration. In 1947, the red-baiting campaign paid off when a majority of New Yorkers approved a ballot measure to repeal ranked-choice. The outcome wasn’t even that beneficial to conservatives, as the Democratic supermajority returned and Republicans won just a single seat.

Where ranked-choice laid the groundwork for a truly oppositional minority that forced the hand of Democrats, plurality voting allowed Republicans to maintain the appearance of opposition without any of the meaningful action.

New York City should bring back multi-winner RCV with proportional representation. Though ranked-choice was used for this year’s district council races, constituents would likely prefer to choose more than one politician to represent them on the council, and this would be more feasible at the scale of borough-wide elections—just as it was almost a century ago. In terms of advocacy for quadratic voting, a multi-winner format would do better at proving the advantages of letting voters quantify their preferences. That’s why bringing back the mentioned form of ranked-choice is the first step.

There will probably be criticisms similar to those leveled against how the 2021 races were conducted. In particular, many argued that New Yorkers wouldn’t grasp how ranked-choice worked since they weren’t familiar with voting that way. While confusion might’ve been the case for certain voters, the criticism disregards the fact that more than 70% of New Yorkers who voted on the original ballot measure supported the shift to a new electoral system, and few have questioned the legitimacy of the outcome. Besides, in order to be taken seriously, the naysayers will need to explain what makes New Yorkers today less capable than those in 1936.

A legitimate flaw is that ranked-choice creates a disconnect between the process of ranking and the composition of the final outcome. Here’s how that can happen in a multi-winner scenario. If a voter’s top three picks get eliminated and their fourth-place choice ends up with their vote, the final count won’t reflect how low the voter originally ranked that candidate. Plus, even though the race will have multiple winners, that unexhausted vote will ultimately matter to the outcome of that candidate alone. Under this system, your ballot is divisible but your vote is not. Quadratic voting resolves this technical flaw because it allows voters to divide up their individual votes and, according to how they allocate their voice credits, rank how intensely they support each candidate or item on the ballot. With its diminishing returns mechanism, QV incentivizes voters to spread out their voice credits—especially if they have more ambivalent preferences—so that they have an impact on more than one outcome.

The 2021 races in New York City proved that reviving a bygone electoral procedure can empower citizens even today. The thing is, the current version of ranked-choice remains far less ambitious than the older version used during alderman elections. Why not bring it back entirely? Many of the anti-RCV folks would probably agree that our country has become too divided. Why not look to the past? The multi-winner format demonstrated qualities with appeal across the political spectrum. It actually fostered compromise between politicians of diverse identities and perspectives, and it provided an exit route from the two-party system.

When it comes to giving citizens a voice, ranked-choice shows that it’s not just about the loudness of their collective voice but how much they get to express with it, too. Therefore, a multi-winner election that incorporates quadratic voting and proportional representation would be a valuable means for continuing to widen the dimensions of public expression, in the Big Apple and beyond.