Ehud Shapiro is an interdisciplinary scientist, entrepreneur, artist and political activist. He got a BA/BSc in Mathematics and Philosophy from Tel Aviv University in 1979, a PhD in Computer Science from Yale University in 1982, and has been with the Weizmann Institute of Science ever since, where he holds the Harry Weinrebe Professorial Chair of Computer Science and Biology. His PhD research on inductive logic programming and on algorithmic debugging has served as a foundation for these two disciplines. At Weizmann he developed the discipline of concurrent logic programming and the distributed logic programming language Concurrent Prolog. In 1993 he founded Ubique Ltd., the first Internet social networking software startup. In 1995 Ubique launched Virtual Places 1.0, a social networking/2D metaverse application with 2D avatars on web pages, providing instant-messaging, chat rooms, joint and guided web-surfing, online events and games, and integrated voice-over-IP. This was more than a decade before Facebook was founded and two-and-a-half decades before it announced its interest in the metaverse. He sold Ubique to America Online, performed a management-buy-out, and then sold it again to IBM in 1998, where its technology was the basis of SameTime, IBM’s successful corporate network communication and collaboration product. Upon return to Weizmann in 1998, Ehud switched to Biology, and led research projects on biomolecular computers, synthetic biology, and human cell lineage reconstruction, for which he received two ERC Advanced Grants. In 2017 he began working on digital democracy, initially with Nimrod Talmon and later also with collaborators and a research team he formed at Weizmann. In 2020 Ehud founded a new Israeli political party, democratit. Ehud is a bass singer and the founder and artistic director of the Ba-Rock Band. He is presently on Sabbatical at Columbia University, the Department of Computer Science. 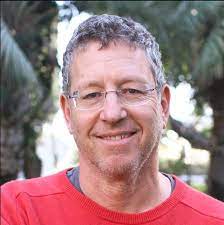